Personal stories from women who established a women’s centre on the Falls Road in Belfast and sought to provide a space for women to feel safe and to gain advice on childbirth, abortion, marital problems, social security, violence against women as well as the more widely known experiences of the Troubles and how all these experiences shaped their lives.

“Belfast was a very oppressive male society it was very anti children, it was, ‘children should be seen and not heard’, women didn’t go out a lot, didn’t socialize a lot, there was no such thing as women going down town for a night out with girls.” Una Ní Mhearain

The introduction of Internment and the secret dawn raids that followed sparked gun battles and protests throughout Belfast claiming the lives of 12 people, including two women.   “I was certainly in Belfast the night internment broke out in 71, that was one of my strongest memories of that time really, laying in bed and hearing this awful noise and wondering what it was and it was people out banging binlids, shouting and screaming, I remember it being a quite of sort of foggy night and misty, and not quite being able to make out what was going on, I remember the car driving up, and the people shouting, ‘it’s Internment, it’s Internment’, and then driving of, and that was the two women who were shot dead.” Una Ní Mhearin

Women were taking control of the situation by organizing visits to the prisons and sending out food parcels. “Women were probably much more in charge than they had been before.” Pádraigín Drinan

The Social Democratic and Labour Party (SDLP) announced that it was starting a campaign of civil disobedience in response to the introduction of Internment. It was estimated that approximately 16,000 households were withholding rent and rates for council houses.

“A lot of people suffered eventually after that, because the Payment for Debt Act wanted it back of you again, so you were left in debt, and you new they were going to get it of you somehow again, at the time you didn’t care, this was your only way of protesting, so a lot of people did support it and came out very strongly, how else could you challenge what was happening?” Mary Enright

Marching was the only way to get a message across, taking to the streets became a regular occurrence. When Republican prisoners were denied political status (Special Category Status which provided prisoners with POW style privileges), protests inside and outside prisons were immediate.   A hunger strike took place at Armagh Prison.

Una Ní Mhearain remembers  “We chose International Women’s Day because we wanted it to get back to being a day of action as supposed to a day of conference and discussion, to take to the streets and do something and it wasn’t even a very big demo and a lot of women had their children on it.”

Eleven women and three men were arrested but only the women were charged. The protests outside Armagh Prison became annual events.

Eventually it was decided that a women’s centre was needed to meet and talk about the issues that were affecting their lives, somewhere to feel safe.   “How do you create a space for women amidst so much poverty, hardship and trauma.”   Una Ní Mhearin

The Falls Women’s Centre was opened in 1981, using the old offices that once belonged to Sinn Féin. There wasn’t much money to renovate the building.   “There was no ground floor, you had to go up a flight of stairs and there was a tiny room, when you got up to the top of the stairs there was a large room, it was decided we would use the small room as an office.”   Mary Enright

“I think at first people were a bit apprehensive about a women’s centre, they didn’t know what it meant, was it one of these trendy lefty things, but I think because it was local, it took of easier.” Liz Maskey

“We didn’t have education or training or anything like that it was simply somewhere were women could come to feel safe, talk about their problems.” Mary Enright

“It was a first attempt to create a space within the community that was for women by women were there was no taboo subjects.” Una Ní Mhearin

Even with this progress, Belfast was still a very conservative and patriarchal society.   Physical abuse against women was an ongoing problem that was not being addressed.   “In terms of domestic violence there wouldn’t have been a big support from police, they wouldn’t necessarily come into your area, so you could have phoned for them and they wouldn’t come, part of their excuse was that they had their own safety to think of, they didn’t know if they were coming to resolve an issue or if they were being set up for attack so you didn’t have any sort of assistance.” Susan McCrory

Unemployment was high in west Belfast and housing in the area was always a problem, overcrowding, bad living conditions, these were just some of the issues that needed to be discussed, and the presence of a Women’s Centre was detrimental in the forging of a cohesive infrastructure that would be beneficial to women and the rest of the community.

“By having a place were women could go to, were they could talk confidentially about what was going on, not feeling that they were letting their community down, it was a very necessary thing.” Pádraigín Drinan

The centre helped and encouraged women to develop their abilities and talents, allowing them the freedom to do things and giving them a platform to discuss things that were wrong with their community.

“They were great I used to be down three or four times a week, just to call in, just to have somebody to talk to, if your feeling a bit low or isolated, that offered you help and support to build up your self esteem and make you realize there is life after marriage breakup.” Teresa Rice

At one point the Falls Women’s Centre lost its funding after being accused of being a political organisation, but it was the help of the Shankill Women’s Centre that came out in support that helped keep the centre going.

Reflecting on how far the centre has come, Susan McCrory has this to say, “We would have about three thousand women who come through this centre a year and that’s a lot to cater for, it’s a very busy organization”

“The fact that it’s still there today, it’s wonderful and it just shows what women can do when they get organized.” Liz Maskey 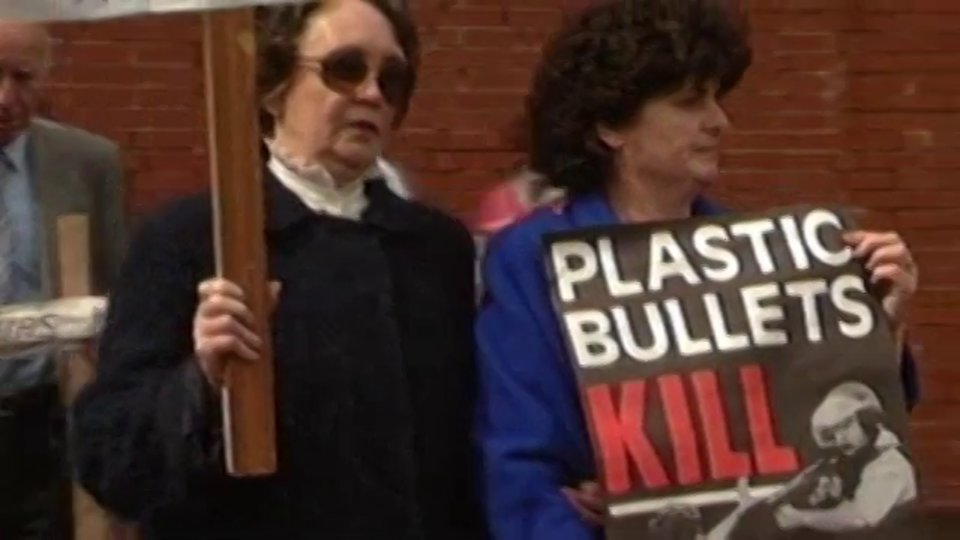 Mary recounts the day when in the 1972 Summer Olympics she won the gold medal in the women's pentathlon, having finished 4th in 1964 and 9th in 1968. To win the gold medal, she narrowly beat the local favourite, He...

This website uses cookies to improve your experience while you navigate through the website. Out of these, the cookies that are categorized as necessary are stored on your browser as they are essential for the working of basic functionalities of the website. We also use third-party cookies that help us analyze and understand how you use this website. These cookies will be stored in your browser only with your consent. You also have the option to opt-out of these cookies. But opting out of some of these cookies may affect your browsing experience.
Necessary Always Enabled
Necessary cookies are absolutely essential for the website to function properly. This category only includes cookies that ensures basic functionalities and security features of the website. These cookies do not store any personal information.
Non-necessary
Any cookies that may not be particularly necessary for the website to function and is used specifically to collect user personal data via analytics, ads, other embedded contents are termed as non-necessary cookies. It is mandatory to procure user consent prior to running these cookies on your website.
SAVE & ACCEPT